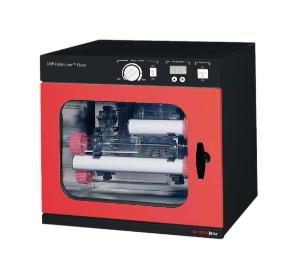 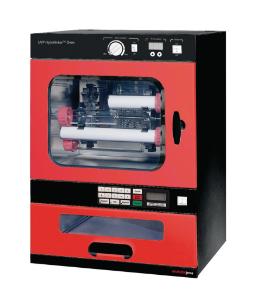 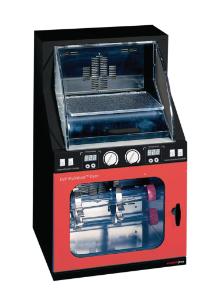 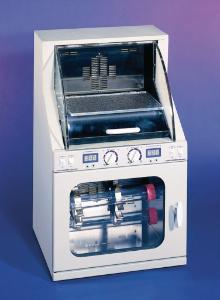 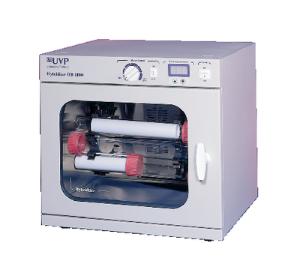 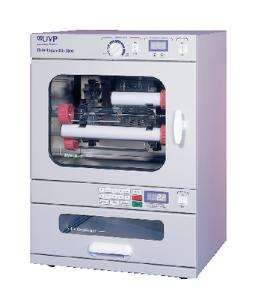 For researchers requiring hybridization applications and UV crosslinking, the UVP HybriLinker™ Oven is multi-purpose system and is capable of performing both steps in the procedure. This model features an upper shelf for hybridization and a lower shelf, which provides shortwave (254 nm) UV for crosslinking.

Both the UVP Hybridizer and UVP HybriLinker accommodate multiple bottle sizes, arrangements, and offset positions to meet a variety of mixing requirements. A rotary wheel speed control, ranges from 10-15 RPMs. The rotary wheel can be removed and replaced with a rocker tray or rocker plate to create a rocking motion and to accomodate various types of flasks. A removable protective trays is included to allow for easy cleanup of spilled media.

The UVP Multidizer™ Oven is customized for several types motions. It is designed with two separate chambers for shaking, orbital rocking and rotation. The two chambers operate independently. The lower chamber has variable speed controls, similar to the UVP Hybridizer and HybriLinker Ovens. The upper chamber uses a roller action to operate a shaker tray or an optional orbital tray or carousel. Other trays are available for the placement of flasks and other containers. Hybridization and blotting procedures requiring various, containers, motions or temperature settings can be performed, all-in-one system. An orbital motion tray is available for use with flasks and other vessels.

Ordering information: All models include one 35×300 mm borosilicate glass, bottles and come with a polypropylene cap with a PTFE seal.