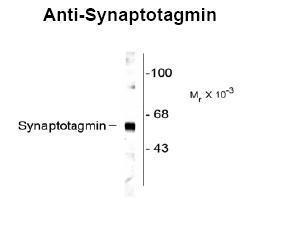 50-263
10075-386EA 561.9 USD InStock
10075-386
Anti-UCHL1 Mouse Monoclonal Antibody
Antibodies
Ubiquitin C-terminal hydrolase 1 (UCHL1) is also known as ubiquitin carboxyl esterase L1, ubiquitin thiolesterase, neuron-specific protein PGP9.5 and Park5. It was originally identified as a major component of the neuronal cytoplasm from 2-dimensional gel analysis of brain tissues, and was given the name PGP9.5. It was later found that ubiquitin C-terminal hydrolase enzyme activity was associated with the PGP9.5 protein. The ubiquitin C-terminal hydrolases cleave ubiquitin from other molecules. Regulation of the ubiquitin pathway is very important and many disease states are associated with defects in this pathway. Genetic knockout of UCHL1 in mice results in a motor neuron degeneration similar to the spontaneous gracile axonal dystrophy (gad) mutant mice. Point mutations in the UCHL1 gene are associated with some forms of human Parkinson's disease. Since UCHL1 is heavily expressed in neurons, it is released in large amounts following injury or degeneration, so the detection of UCHL1 in CSF and other bodily fluids can be used as a biomarker.