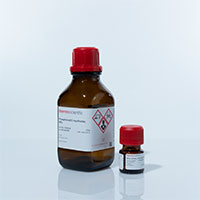 Inorganics are used in a wide variety of applications. The main applications are: catalysis, crystal growth technology, photovoltaic materials, optical fibres and lasers. Inorganics play a crucial role in nanotechnology, electronics and semiconductors. They have a major impact in modern medicine as these have potential to diagnose a variety of diseases and conditions relating to cancer care, infection control, diabetic control, neurological, cardiovascular, anti-inflammatory diseases, ulcers inhibition, and have promising therapeutic properties. Inorganics, specifically, metals play a crucial role in biological systems, such as iron in hemoglobin which has a pivotal role in oxygen transport, and the metal ions at the centre of enzymes which help regulate several biological processes.