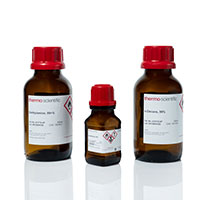 Organic compounds are gaseous, liquid, or solid chemical and whose molecules contain carbon. Unlike most other elements, carbon forms strong bonds to other carbon atoms and to a wide variety of other elements, including hydrogen (most compounds contain at least one carbon-hydrogen bond).

Organics are most frequently used in pharmaceuticals, medicines, plastics, paints, and fibers. In addition, DNA, peptides, proteins, and enzymes, organic compounds are found in all forms of life. They are central to the economic growth of many countries, in industries such as the rubber, plastics, fuel, pharmaceutical, cosmetics, detergents, coatings, dyestuffs, and agrichemicals industries. The very foundations of biochemistry, biotechnology, and medicine are built on organic compounds and their role in life processes. Most modern, high tech materials are composed, at least in part, of organic compounds.